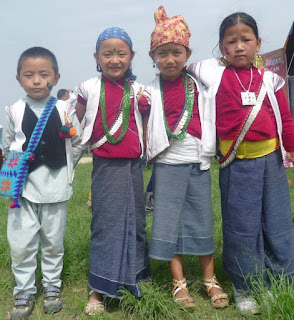 Khaling is one of the many languages of Rai people. Khaling language belongs to Kiranti language, which is part of  the

Tibeto-Burman group of the Sino-Tibetan language family. According to the census (2001), the population is around 9,288. Based on the UNESCO Language Survey Report Nepal (2002), the total population is between 15,000 and 20,000. Most of this people group is located in Solu Khumbu, Khotang, Bhojpur, Sankhuwasawa, Terhathum, Panchtar and Ilam districts in east Nepal.

The Rai belong to the Kirati group or the Kirat confederation that includes the Baramu, the Chepang, the Dhimal, the Hayu, the Jirel, the Surel, the Limbu, the Sunuwar, the Yakkha and many other Mongoloid ethnicity of Nepal speaking various Tibeto-Burman language of the Sino-Tibetan language family.

•Syangbo and many other others.

There are more than 32 recognized and distinct Rai dialects, which fall within the Tibeto-Burman family of languages. Their languages are Pronominalised Tibeto-Burman languages, indicating their antiquity. The oral language is rich and ancient, as is 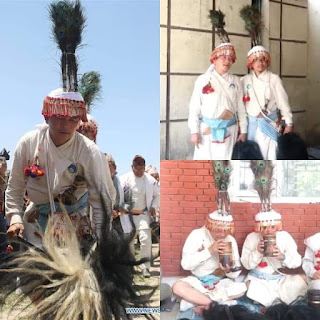 Kirati history, but the written script remains yet to be properly organized as nearly all traces of it were destroyed by the following rulers of Nepal, the Lichhavis and almost eradicated by the Shah dynasty.

Khaling has a complex system of stem alternations as many as 10 distinct stems have to be posited (Jacques et. al 2012).

Popular posts from this blog